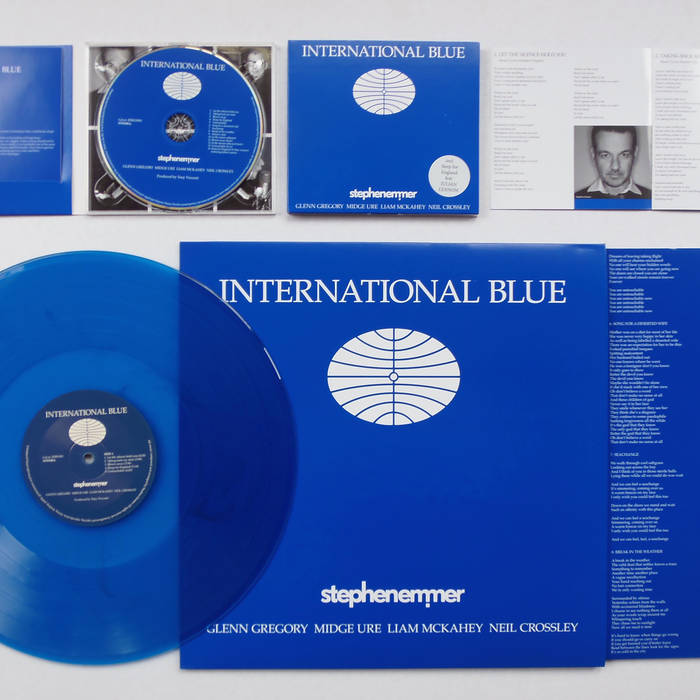 Once upon a time, there existed a breed of singers who didn’t need AutoTune: they could bend, shape and twist their voices any way they wanted to. Dutch Composer Stephen Emmer a passionate aficionado of this great genre has brought together a collective of supreme voices, creating an album of days gone by Bond-esque proportions.

'International Blue’ pays tribute to the lost art and elegance of pop-crooning, and thus to the people who Stephen considers the style's main architects, Scott Walker and David Bowie.
Stephen has again had the pleasure and honor of working with Tony Visconti, David Bowie’s long time collaborator, who produced the album at Abbey Road Studios (London) and Avator Studios (NYC).

Featuring artists include Midge Ure (Ultravox), Neil Crossley (Furlined), Liam McKahey (Cousteau) and Glenn Gregory (Heaven 17), who was recently invited by both Tony Visconti and David Bowie to vocally perform the ‘The Man Who Sold The World’ live tour in the UK. The mighty Glenn Gregory plays a key roll in the IB project, since he collaborated on 4 out of the 10 album songs.

Stephen in the past also worked with Lou Reed and Mike Garson, when working on his previous well received and highly acclaimed album ‘Recitement’.

About the upcoming album Maison Melody.

"In these historical and difficult times in the year 2020 this is music meant to sooth the pain of social distancing for the isolated listener, made by a composer in self quarantaine."

Bandcamp Daily  your guide to the world of Bandcamp